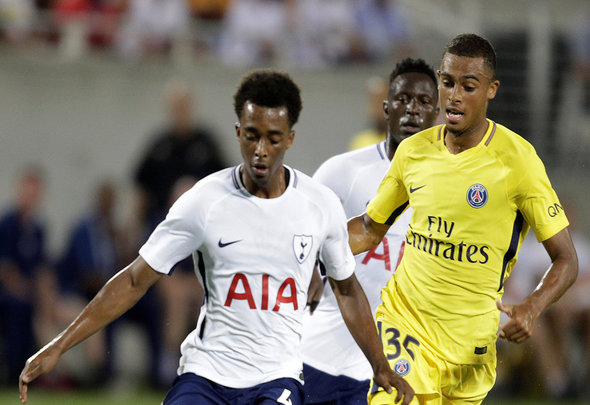 Tottenham midfielder Tashan Oakley-Boothe agreed the terms of a new contract with the club two months ago, Football Insider can reveal.

Documents registered with the Football Association show that the Premier League giants finalised an agreement to tie down the 18-year-old on 30 December.

There was no public confirmation about a new deal at the time for Oakley-Boothe, who has broken into the first team set-up this season after attracting rave reviews for his performances for the club’s youth sides.

Paperwork on the official FA website shows that an agreement was reached for the  youngster more than two months ago.

Spurs took until yesterday afternoon (Wednesday) to make an announcement as they revealed on their official Twitter account that the midfielder, who turned 18 earlier this month, has penned a three-and-a-half year deal.

It will keep him at White Hart Lane until the summer of 2021.

Oakley-Boothe is a product of the Spurs academy and is one of those manager Mauricio Pochettino has demonstrated he regards very highly.

The England Under-18 international made his senior debut as a last-minute substitute in Spurs’ League Cup win against Barnsley in September and was an unused substitute in a Champions League win at Apoel Nicosia a week later as well as the recent FA Cup third-round trip to Newport.

The teenager is clearly knocking loudly on the door. Oakley-Boothe, who can play as a holding midfielder or a box to box role, also figured for Spurs on their pre-season tour of the USA. He is highly regarded at Tottenham and already appears too good for Under-23s football. He should be watched closely over the coming months as next season he could make a proper first-team breakthrough.