As revealed by Football Insider, Cherries ace Aaron Ramsdale is set to join Sheffield United after he underwent a medical on Wednesday.

A source at Dean Court has told Football Insider that the club have identified Scotland international Marshall as a replacement and are plotting a move to sign him in a cut-price deal this summer. 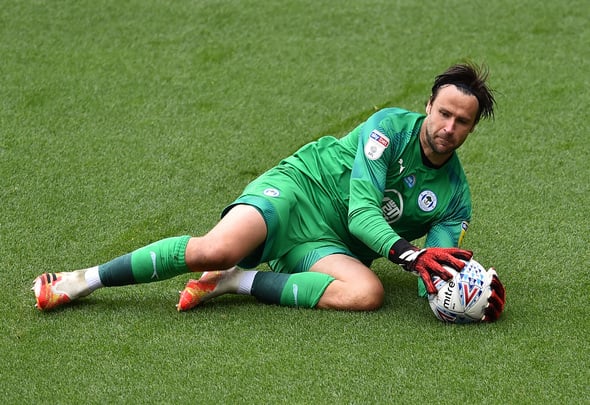 The 35-year-old is set to leave the DW Stadium this summer after the club were relegated from the Championship as a result of them entering administration.

The Latics’ financial issues mean that a number of players have already been sold this summer, including the likes of Joe Gelhardt and Alfie Devine to Leeds United and Tottenham respectively.

Marshall, who joined the club back on a free transfer after he left Hull City last summer, is expected to be one of the first-team players the club cash in on to balance the books.

He was a mainstay for Wigan last season and made 40 appearances across all competitions, all but one of which came in the Championship.

Marshall has spent the majority of his career in the second tier of English football with 405 games under his belt in the league.

Bournemouth, who themselves were relegated from the Premier League last season, believe that the 33-cap Scotland international will be available for a cut-price deal and have identified him as an ideal replacement for the departing Ramsdale.

The 22-year-old started all but one of the Cherries’ Premier League matches last season and kept five clean sheets.

He is set to replace Dean Henderson at Bramall Lane after the latter returned to Manchester United at the end of his loan spell.

In other Bournemouth news, the Cherries have been tipped to lose a senior star “on the cheap” to a Premier League giant after contact made.