Bournemouth are plotting a move to beat Southampton to the signing of Arsenal rising star Folarin Balogun, Football Insider can reveal.

The London giants are set to lose the 18-year-old this summer after failing to agree a new deal with him.

A Bournemouth source has told Football Insider the club are lining up a move for Balogun and test Arsenal’s resolve to keep him.

The teenage striker is out of contract in the summer of next year and has reached a stalemate with his club over an extension.

Arsenal have offered him a long-term contract but he has knocked it back and it now seems likely he will quit in the next window.

There is also interest in the young forward from Brentford, who have had a £5million bid rejected.

Bournemouth have an impressive track record of developing young talents, including those who have failed to make the first teams of the Premier League giants.

Balogun has developed in the last two seasons into one of the best young attacking talents in England. 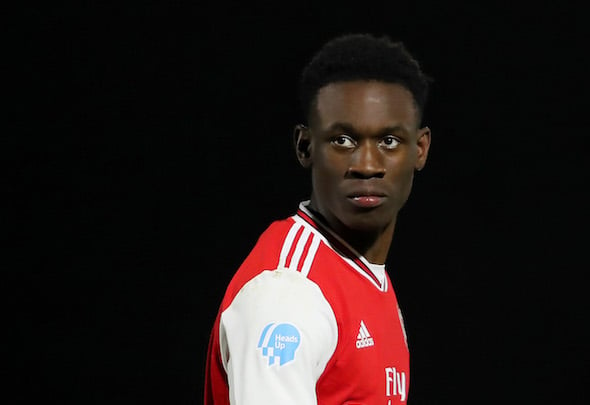 Born in New York, he scored 10 goals in just 15 Premier League 2 appearances for Arsenal Under-23s before the youth season was curtailed in March and brought his campaign to an end.

He also banged in 28 goals in 28 youth appearances for Arsenal last season, including 25 in just 19 games at Under-18 level.

In other Arsenal news, it can be REVEALED that Napoli have ambushed Gunners by triggering £23m release clause.