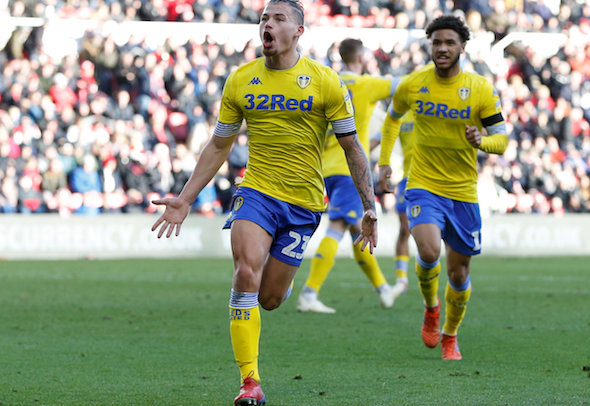 Bournemouth are ready to set their sights on Leeds United midfielder Kalvin Phillips after finalising the signing of Lloyd Kelly from Bristol City, Football Insider understands.

The Cherries announced on Saturday they had secured the early-window capture of left-back Kelly, 20, in a deal worth £13million.

A source at the Premier League club has told Football Insider they are keeping tabs on the situation of Phillips as they look to continue their policy of buying rising British stars.

Bournemouth also have an interest in Phillips’ Elland Road teammate Jack Clarke, but they are especially keen on the 23-year-old who has established himself as one of the best central midfielders out of the top flight.

The United academy product has had the best season of his career after being transformed into a midfield anchorman by Marcelo Bielsa and playing an instrumental role in the club climbing from 13th in 2017-18 to third this season. Football Insider columnist Danny Mills has suggested Brighton could be among the multiple Premier League clubs in the bottom half of the table who may be eyeing summer moves for Phillips.

Phillips’ future at Leeds is in doubt after the club’s play-off heartache, which extends their spell in the Football League to a 16th consecutive year.

He has a contract at Elland Road until the summer of 2021 and talks are expected to discuss an extension.