Michael Brown has claimed Rhian Brewster needs to “work harder” if he is to develop into the striker Sheffield United expect him to be.

The former Blades midfielder, speaking exclusively to Football Insider, insisted Chris Wilder was giving the 20-year-old enough minutes in the team and that the summer signing needed to start upping his work load in the side.

Brewster, who signed for an initial £20million plus £3million in add-ons, has made six starts in 15 Premier League appearances this term, with over 650 top-flight minutes under his belt.

He was chosen to lead the line alongside Billy Sharp in the Blades’ FA Cup clash with Plymouth Argyle on Saturday and lasted 79 minutes before being replaced by David McGoldrick.

Chris Basham and Billy Sharp netted for Chris Wilder’s side to seal a 2-1 win and send the Blades into the next round of the cup.

Brown revealed he had been doing some digging on the Brewster’s stats and suggested he needed to start putting in the hard yards to help Sheffield United turn their form around.

Brown told Football Insider: “I think he’s had lots of minutes, Brewster, and I think he needs to work a bit harder.

“I think it’s obviously been difficult for him and the situation that he’s been put in but he also has to look and say could he do a little bit more?

“So yes, difficult situation but on the other hand I think also has to (do more). I looked at his stats, I did it working with Amazon Prime, and we checked him again with BT when I was working for them and, and the stats said his sprint distances were down so that’s something he has to learn.

“He needs a goal to get him some confidence. It’ll be a difficult game against Manchester United.” 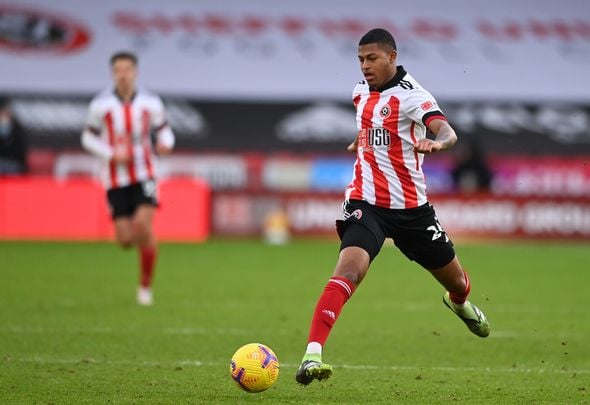 Brewster’s only senior goals to date came during his loan spell at Swansea City during the second half of last season.

He netted 11 times in 22 appearances for the Championship outfit as he helped them to the play-off semi-finals.