The Lancashire outfit came close to signing the right-back on loan 18 months ago but were beaten to him by Schalke.

A Burnley source has told Football Insider the club have reignited their interest in Kenny, 23, in the current window and are looking to pursue a deal.

Manager Sean Dyche is in the market for a new right-back following the club’s recent takeover.

The long-standing Clarets boss is a big admirer of Kenny and has been alerted to his likely availability this month.

It remains to be seen whether Everton will be willing to grant a permanent or a loan exit.

Kenny has struggled for game time this season even though club captain and first choice right-back Seamus Coleman has been half the matches due to injury.

Tellingly, Carlo Ancelotti has preferred makeshift options on the right side of the defence to Kenny.

These include using centre-back Mason Holgate and even changing formation to a 3-5-2 with Alex Iwobi used as a right-sided wing-back.

Kenny has made just four substitute appearances in the Premier League this season as well as a further three in the EFL Cup. 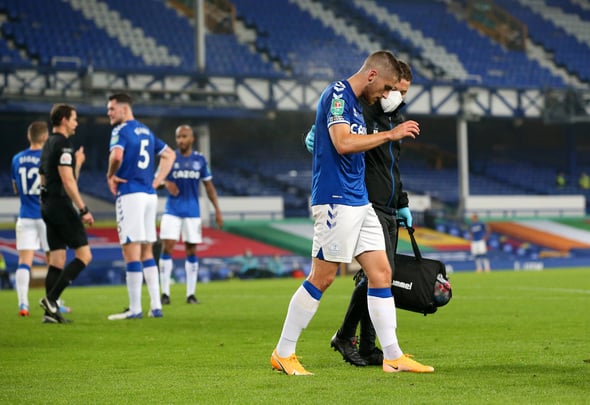 The 16-times former England Under-21 international was hoping to make a big impression at Goodison Park this season after spending last term in Germany.

He was a regular for Schalke, making 31 Bundesliga starts among 34 appearances in all competitions.

In other news, a finance wizard has dropped a “huge” £40million Everton reveal.