Stoke, Huddersfield and Charlton are battling it out to sign Sheffield United striker Leon Clarke in the January transfer window, Football Insider understands.

The 34-year-old is unlikely to break into Chris Wilder’s high-flying side in the second half of the campaign and both parties are ready to part ways.

A source at Sheffield United has told Football Insider that manager Wilder is willing to let Clarke depart in January for a nominal fee and that the trio of second-tier outfits are in the hunt for his capture.

The experienced striker has made just two appearances for Sheffield United so far this season and he is well down the pecking order in Chris Wilder’s plans.

The news of his availability has alerted a number of clubs with Clarke a proven goalscorer in the Championship, the veteran having had spells at Wolves, Sheffield Wednesday, Coventry, Queens Park Rangers, Sheffield United and Wigan in the second tier.

Stoke, Huddersfield and Charlton are all in the market for striking reinforcements in January as they look to strengthen their attacking options in a bid to climb away from trouble at the wrong end of the Championship table 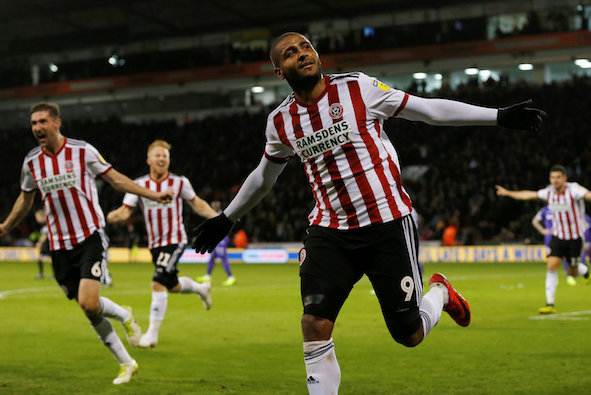 The Potters are languishing just above the drop zone in 21st after a disappointing start to the 2019/20 campaign, with Huddersfield in 20th and Charlton 17th.

Clarke has a total of 60 goals in 285 second-tier appearances to date, while he has played in every one of England’s top four leagues during his career.

In other Sheffield United news, Football Insider can reveal that the club have seen a contract offer turned down.