The 31-year-old is a free agent after he took the decision to leave Reading upon the expiration of his contract earlier this summer.

A recruitment source has told Football Insider that the Addicks are in advanced talks with the defender over a deal. 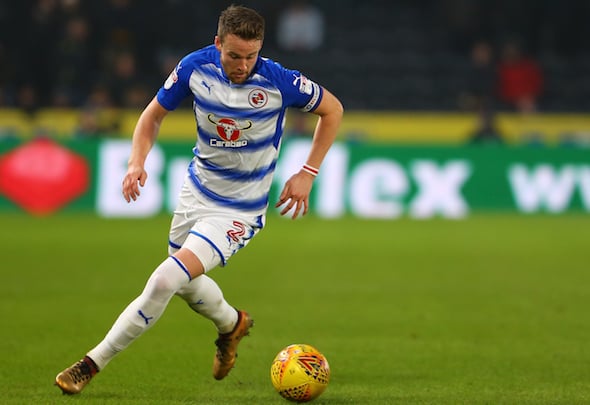 Gunter is vastly experienced with 517 club appearances to his name of which 314 came at his previous club Reading.

He spent seven years at the Madejski Stadium following a £2.7million move from Nottingham Forest in the summer of 2012.

The full-back, who can play on the left or right hand side of the defence, is Wales’ most capped player with 96 appearances for his country to date.

Having made his debut in 2007, Gunter broke Everton legend Neville Southall’s cap record in November 2018 when he started against Albania.

Gunter has enjoyed spells at Nottingham Forest, Tottenham and Cardiff City where he rose up the ranks as a youth player.

A move to The Valley would see the right-back playing League One football for the first time in his career with the Addicks relegated to the English third-tier last season.

Charlton boss Lee Bowyer recently bolstered his squad with the signing of Marcus Maddison who was, like Gunter, available on a free transfer this summer.

Finally got it sorted yesterday & delighted to be here @cafcofficial. Been great meeting all the lads today & getting back out on the training pitch, now time to focus & get ready for the long season ahead 🙌🏼 thanks to all @ymufootball for getting it over the line #mm #no.?? #cafc #football #london #boy

Alex Gilbey, Ben Watson, Conor Washington, Dylan Levitt and Akin Famewo have also signed for the Addicks in this window.

Charlton currently it 14th in League One after an indifferent start to the campaign which has yielded just one win in their opening four fixtures.