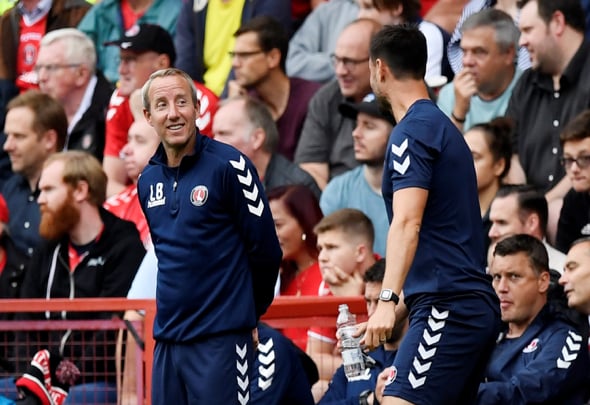 Charlton are planning to keep hold of striker Lyle Taylor despite interest from Brentford and Middlesbrough, Football Insider understands.

Charlton have already rejected a £3million bid from Brentford for Taylor and will do the same with a similar offer from Middlesbrough.

The Addicks are determined not to lose Taylor before Thursday’s transfer deadline and a source close to the club has told Football Insider they have warned his suitors that he is not for sale.

Charlton boss Lee Bowyer has lost a number of key players already this summer in the shape of Joe Aribo, Patrick Bauer and Anfernee Dijksteel and he has called on the club to resist all offers for Taylor.

Taylor scored 26 goals for Charlton last season to help fire them to promotion to the Premier League and Bowyer knows keeping hold of him is vital to their chances of staying up this season.

Charlton are taking this position despite Taylor being out of contract in 2020 and risk the striker leaving on a free next summer if they can’t get him to sign an extension to his contract.

In other Charlton news, the club has reached agreement to sign this West Ham 23-yr-old.