Crystal Palace are set to battle Fulham for the signature of £8million-valued Southampton midfielder Harrison Reed.

A Palace source has told Football Insider the club have now joined the race for the 25-year-old as they accelerate their summer transfer plans.

Reed has entered the final 12 months of his Saints deal and his future at the club is up in the air.

Manager Roy Hodgson is an admirer of Reed and has been impressed at how he has flourished in a midfield anchorman role while on loan at Craven Cottage this season.

Southampton manager Ralph Hasenhuttl is willing to offload their academy product this summer if their £8m valuation is met.

Fulham have the option to convert his loan into a permanent move but Palace’s interest could scupper that prospect.

Reed made 21 league starts among 25 appearances in all competitions for Fulham this season, in which he has missed a major chunk with a calf injury, as well as every minute of their momentous play-off semi-finals and final triumph.

The youth international has also been capped 14 times by England at Under-20 level. 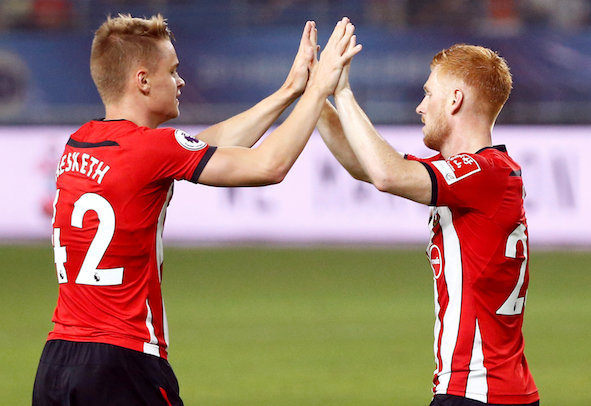 He spent the 2018-19 campaign at Blackburn Rovers after spending the previous season at Norwich City.

A versatile midfielder who can play centrally or on the right flank, he has made only 30 senior appearances for the Saints since graduating from their academy set-up.