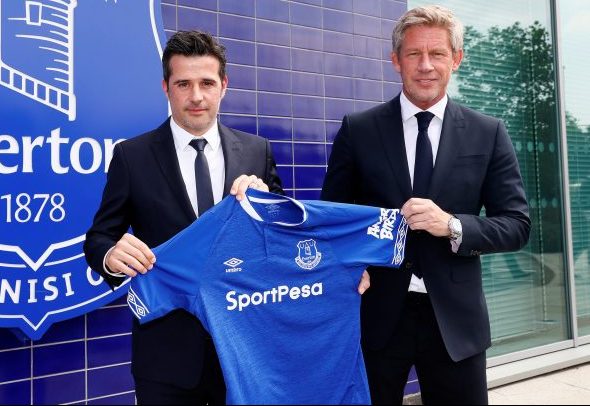 Danny Mills has claimed Everton manager Marco Silva is spinning the truth after his comments on the signing of Alex Iwobi from Arsenal.

Speaking exclusively to Football Insider, the former Leeds and Manchester City full-back says that it is clear that Wilfried Zaha was the Toffees’ first choice to bolster their attacking options and that Iwobi was someone they turned to after failing in their pursuit of the Crystal Palace man.

Silva was quoted as claiming that Iwobi had been one of his “main targets” heading into the transfer window, revealing his delight at the winger’s capture.

However, Mills insists that the Portuguese boss is bending the truth somewhat as he says it was clear Zaha was the man they really wanted through the door at Goodison Park.

“He’s young, he’s fit, he’s athletic, he’s a good talent. Maybe they’re thinking they can take him to the next level. Obviously, Zaha was their first choice but they’ve gone for Iwobi and got their man.

“(On Silva’s comments) One of. Depends how many they had. He might have been one of 20 top targets. A little bit of spin.”

Iwobi, 23, played 149 times for Arsenal before leaving north London on deadline day, with 15 goals and 27 assists for the Gunners.

The Nigerian international was a mainstay under Unai Emery last season, playing 51 games across all competitions and missing just three Premier League matches, all of which came in their opening six fixtures.

In other Everton news, Noel Whelan has told Football Insider that the Toffees tried and failed to sell a 24-year-old before the transfer window closed.