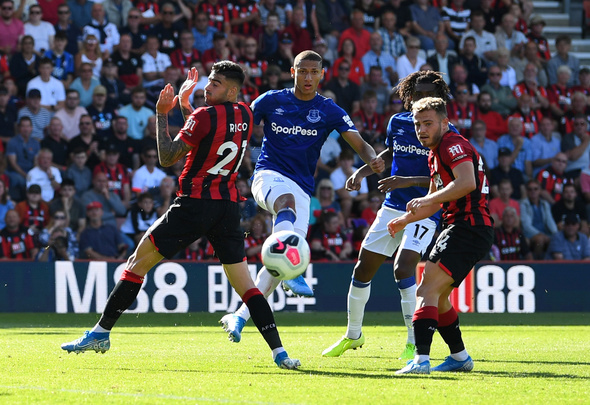 Danny Mills claims that Everton manager Marco Silva could continue to chop and change his strikers from week to week depending on the style of football and tactics he wants to employ.

Speaking exclusively to Football Insider assistant editor Russell Edge, the former Manchester City and Leeds full-back says that the centre-forward role has evolved over the years and there is a lot more to offer than just sticking the ball in the back of the net.

Silva has already named three different strikers in the starting XI this season; Richarlison, Dominic Calvert Lewin and Moise Kean, with Cenk Tosun offering yet another option off the bench,

With a number of quality options at the manager’s disposal, Mills says he expects the Portuguese boss to continue to chop and change depending on the sort of tactics employed.

Speaking of Richarlison, who started the win against West Ham, Mills told Football Insider: “He’s a player with quality, he’s obviously a good finisher, he’s got good movement, he’s got good pace. I think we’re starting to see there aren’t too many out-and-out number nines in this day and age.

“We are starting to see more fluidity and flexibility from the central striking position. I think genuinely you play the player who is in form and scoring goals for you. It’s one of those – if it’s Richarlison, then great.

Of the attacking options at Silva’s disposal, versatile winger Richarlison has got the most minutes across all competitions this season, with natural centre-forwards Dominic Calvert-Lewin and Moise Kean sitting second and third respectively.

The Toffees’ next game sees them travel to the south coast to take on a Brighton side beaten by Aston Villa in their last match.

In other Everton news, Danny Mills claims that one senior player at Goodison Park is still a “work in progress.”