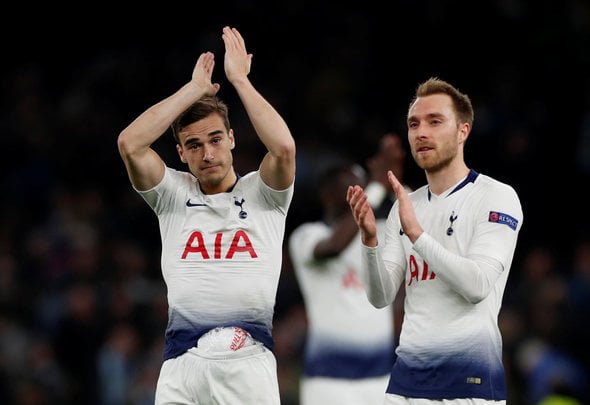 Danny Mills has claimed that Tottenham maestro Christian Eriksen is in touch with former Spurs star Kieran Trippier over a potential move away from the club.

Speaking exclusively to Football Insider, the former Manchester City and England defender says that the Danish international, who has been heavily linked with moves away from north London this summer, will be talking to Trippier after the defender swapped Spurs for Atletico Madrid during the transfer window.

Eriksen spoke about wanting a new challenge earlier this summer but will not be moving across the Premier League, with the English window slamming shut on Thursday.

With a potential European move still on the cards, Mills says that Eriksen will have been talking to Trippier over what it has been like to move to Spain’s capital, with Real Madrid having previously been linked with the Dane.

He told Football Insider: “He wants to go to Real Madrid, Real Madrid would be his first option.

“He will be in close contact with Kieran Trippier, letting him know what Atletico is like. The only other club that could probably afford him at this late stage would be PSG.”

Tottenham brought in four new faces over the transfer window in the shape of Tanguy Ndombele, Gio Lo Celso and Ryan Sessegnon, while Jack Clarke was signed and sent back to Leeds United on loan for the season.

Trippier has been the biggest exit from north London, with Vincent Janssen and Josh Onomah following him out the door in permanent departures.

In other Tottenham news, Football Insider can reveal that a dazzling attacker has arrived at Spurs over a prospective transfer despite the window slamming shut.