Danny Mills claimed it will be “tough” for Troy Parrott to bounce back from his penalty miss for Tottenham and suggested he will be frozen out of the team for a while.

The former Manchester City and Leeds United full-back, speaking exclusively to Football Insider correspondent Dylan Childs, suggested that a player would ideally “put it right” in the next match, an opportunity he fears the 18-year-old will not be afforded.

Parrott bravely put his hand up to take a penalty for Spurs after the FA Cup fifth-round tie against Norwich finished 1-1 after 120 minutes of action at the Tottenham Hotspur Stadium.

The teenager, along with Gedson Fernandes and Erik Lamela missed his spot-kick to send the Canaries through to the quarter-finals of the competition.

When asked whether the miss would knock the confidence of the young striker, Mills told Football Insider: “This is a problem. A young player who has not played a lot of football misses a penalty and it is not easy. He is probably fortunate that other players missed as well. He will not therefore, be singled out.

“It is tough because for a lot of senior players you get the chance to bounce back very quickly, another game and you can put it right and get it out of your mind.

“When is he next going to play for Tottenham’s first team? It could be a while. It is the last thing you need because we all make mistakes but you always want to put them right as quickly as possible. The worry for him is how long until he plays again.” 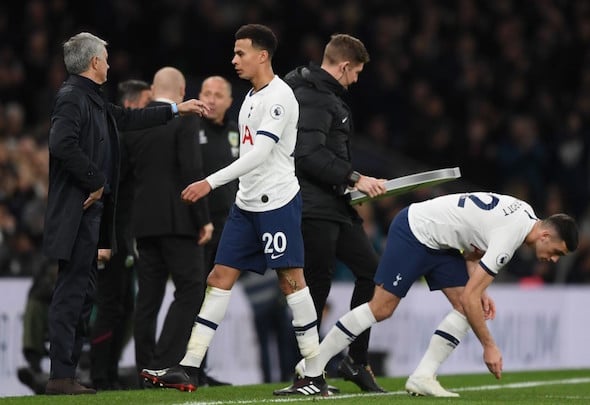 The substitute appearance was Parrott’s third in a Spurs shirt, having scored 11 goals in 8 appearances for the club’s youth this campaign.

The Lilywhites have been short of a recognised striker since Son Heung-min broke his arm against Aston Villa last month, with Harry Kane still sidelined with a hamstring injury.

In other Tottenham news, Darren Bent has told Football Insider Mourinho has made a blunder with 26-year-old.