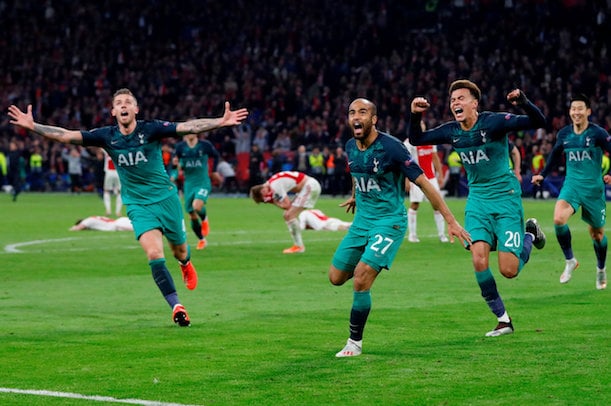 Danny Mills has claimed Dele Alli could be axed from the Tottenham team for the Champions League final against Liverpool.

Speaking exclusively to Football Insider, the ex-England defender explained why the Spurs superstar could be the one to make way if Harry Kane is passed fit to return.

Alli has been a virtual nailed-on starter when fit and available since his breakthrough 2015-16 campaign at the north Londoners ended with the PFA Young Player of the Year award.

The 23-year-old started both legs of the Champions League semi-final win over Ajax but the potential return of talisman Kane for the 1 June final in Madrid could present Mauricio Pochettino with a major headache.

“Pochettino will need to sacrifice an attack-minded player to get Kane back in,” Mills told Football Insider. “That won’t be Son [Heung-Min], who’s been outstanding, and you can’t drop Lucas Moura after what he did in the semi-final. Those two are massive threats.

“Against a team like Liverpool, you can’t go with Dele Alli, Moussa Sissoko and Christian Eriksen in midfield because that would provide no protection for the defence.

“Dele Alli could be the one to make way. He hasn’t hit the heights this season and certainly not been as effective as in previous years. Injuries have played a part, but he’s also not scored the goals or produced the matchwinning performances.”

Alli has a remarkable record for an attacking midfielder of 53 goals and 49 assists from 183 appearances for Tottenham.

But his productivity this season – seven goals and eight assists from 37 matches in all competitions – is notably less than half that of previous campaigns.

Alli scored 14 goals and supplied 17 assists last season, and netted a remarkable 22 times in addition to 13 assists in the 2016-17 campaign.