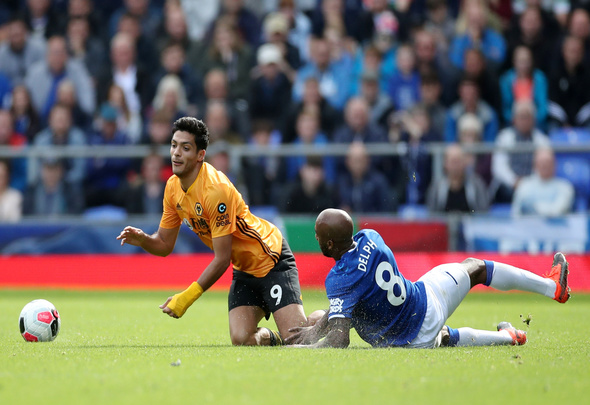 Darrent Bent claims that Everton fans are going to love having Fabian Delph as part of their side after he made his Premier League debut for the Toffees.

Speaking exclusively to Football Insider, the former Aston Villa and England striker says that the summer arrival will bring something different to Marco Silva’s side, not to mention his experience and leadership in the dressing room.

Delph swapped Manchester for Merseyside over the summer, leaving champions Manchester City after struggling for game time at the Etihad Stadium, and played his first top-flight game for the club against Wolves.

Bent says the Goodison Park faithful are going to take the England star as one of their own quickly and that he will be whatever money the Toffees are paying him after moving from a giant of English football.

Bent told Football Insider: “Yeah they are (going to love him), I know Delphy really well. He’s all about getting about, getting the ball, moving the ball, he’s confident, he goes about the game in the right way. He might be a player on big wages but he’s worth what he earns.

“He’s perfect for them. He’s going to help them retain the ball, while he’s a leader for the young guys in the dressing room. He’ll bring something different.

Delph started against Wolves in his first Premier League appearance of the season, having played in the League Cup victory over Lincoln City.

Goals from Richarlison and Alex Iwobi secured a 3-2 victory for the Toffees against the Molineux outfit, leaving Nuno Espirito Santo’s men without a league win this season.

In other Everton news, Danny Mills has revealed to Football Insider the doubts he had over one “outstanding” Toffees talent.