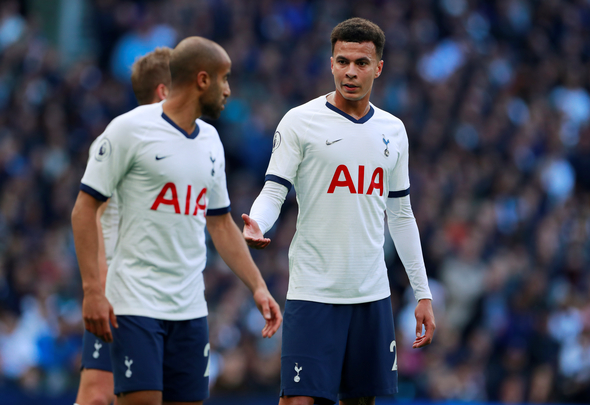 Darren Bent admits he was shocked to see Tottenham midfielder Dele Alli make so few forward passes during the club’s clash against Liverpool.

Speaking exclusively to Football Insider assistant editor Russell Edge, the former Spurs and England striker says that the attacking midfielder is clearly suffering with a lack of confidence after struggling to make a mark versus Jurgen Klopp’s men.

As detailed by Sky Sports, Alli did not make a single pass to striker Harry Kane during the Lilywhites’ 2-1 defeat, while the majority of his passes were backwards to the likes of Harry Winks and the defence.

Bent says that it was “shocking” to see the 23-year-old have such little impact in the final third of the pitch and says it is quite clearly down to a lack of self-belief.

Bent told Football Insider: “Another shocking stat was that most of his passes were to Harry Winks or to the defenders. That shows me that he’s not going forward and that shows me straight away the confidence is not there.

“Someone of Dele Alli’s quality would be looking to play off Harry Kane, feed him little one-twos, try the little through balls but for him to be going back and passing to Harry Winks shows you the confidence at the minute.”

Alli has played seven times for Spurs across all competitions this season but has only contributed a single goal for Mauricio Pochettino’s men.

Tottenham’s next game sees them return to Merseyside to take on Everton on Sunday.

In other Tottenham news, Darren Bent claims that a “brilliant” giant could force a big-name transfer exit.