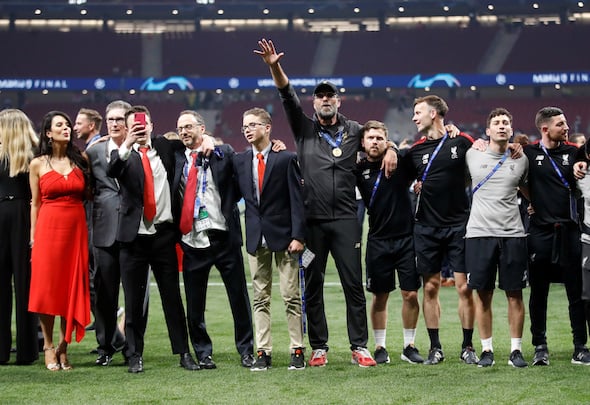 Darren Bent is convinced Liverpool will follow up their Champions League triumph by winning another major trophy next season.

Speaking exclusively to Football Insider, the ex-England striker believes there is a cast-iron “guarantee” that Jurgen Klopp will build upon his first silverware in English football.

Bent believes Klopp has “untouchable” status at Liverpool after his side defeated Tottenham 2-0 in last month’s Champions League final, and believes Mauricio Pochettino would need to end his own trophy drought to achieve the same.

The Spurs manager is about to embark on his sixth campaign at the club but is still yet to break his silverware duck.

“They’ve got this new stadium now they need to start filling it with these trophies so if I’m Pochettino I’m going all out for trophy and then that will buy him a few more years again,” said ex-Tottenham striker Bent to Football Insider.

“Although I don’t think they’d sack him now anyway, because he’s a brilliant manager, he becomes completely untouchable if he wins a trophy.

“As soon as you win a trophy you know what it’s like, with Jurgen Klopp all them finals they lost, now he’s won the Champions League it’s like a weight off his shoulders now.

“I guarantee you Liverpool will go and win something else next season because they’ve been there, they know how to do that. I think Spurs maybe have forgotten how to win trophies, how to get the job done. All it takes is one and I think they’ll kick on again.”

Tottenham last won a trophy – the League Cup – under Juande Ramos in 2008 despite immense progress under Pochettino.

In other Liverpool news, one of the club’s players has agreed a new three-year deal, and the paperwork is already signed.