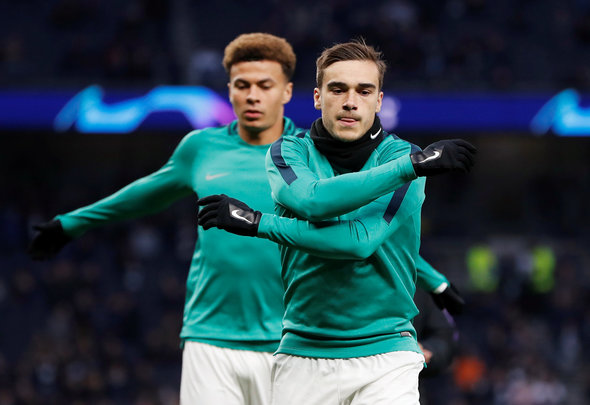 Darren Bent claims that Declan Rice and Harry Winks are set for a long-term England battle as he insisted the Tottenham man has the edge over his West Ham counterpart.

Speaking exclusively to Football Insider, the former Spurs and England striker says that the pair are Gareth Southgate’s prime options when it comes to defensive midfielders for the Three Lions, insisting they have overtaken the likes of Eric Dier in the pecking order.

Rice was Southgate’s first-choice for the games against Bulgaria and Kosovo, with Winks having to settle for a place on the substitutes’ bench.

Bent says that as a passer of the ball, he believes that Winks has the advantage thanks to his technical abilities but that right now it seems as though Rice has got the nod from the Three Lions’ boss.

Speaking about England’s options in the middle, Bent told Football Insider: “They tried Eric Dier, he’s not getting enough games at Spurs, they tried Jordan Henderson but he wants to play further forward so at the moment that role seems made for Rice.

“I can see them two having a battle for that position for the next few years. We’ve got so many attacking options in Dele Alli, Mason Mount, Henderson, Barkley, people like Jack Grealish. When you look at holders there aren’t that many about. I think Declan Rice and Harry Winks could be having battle for a long time.”

Rice’s appearance against Kosovo on Tuesday was his fifth cap for England, having changed allegiances from the Republic of Ireland last year.

Winks meanwhile has three international appearances to his name, a series of injuries meaning his last game for his country came back in November 2018.

In other West Ham news, Bent has revealed to Football Insider that he has been bitterly disappointed by one Hammers star this season.