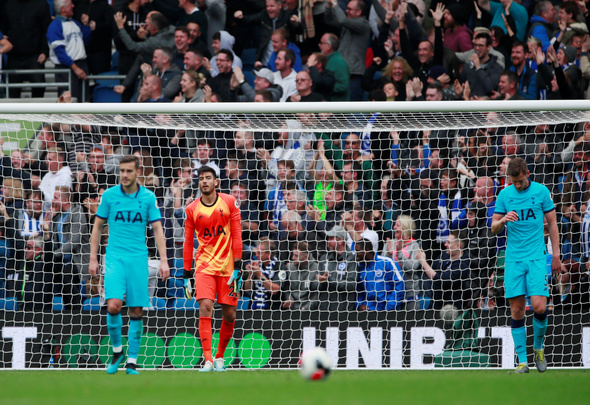 Darren Bent has voiced his concerns about Tottenham potentially losing Paulo Gazzaniga if Mauricio Pochettino keeps faith in Hugo Lloris when he returns to full fitness.

The former Spurs and England striker, speaking exclusively to Football Insider assistant editor Russell Edge, says that a number of rival sides would love to sign the Argentinian shot-stopper as their first choice between the sticks, having played as backup to Lloris for most of his time in north London.

Gazzaniga has found himself getting a run in the starting XI due to an elbow injury suffered by the French international, a setback which is expected to keep him out of training until 2020.

Bent says that he understands why Lloris is Pochettino’s number one between the sticks but suggests they could face losing his 6ft 4in colossus [Transfermarkt] of an understudy if he is dropped to the bench again.

Bent told Football Insider: “I get Lloris is his first choice, he’s been a great goalkeeper for many years now but at some stage you start to get over the hill. If he’s at that point, I’m not sure, but his form, the mistakes he’s been making, would suggest potentially yes.

“I’m sure that’s a worry for Pochettino because yes, he likes Lloris, but you don’t want another team to come and get Gazzaniga because there are several teams in the league at the minute that would love a goalkeeper like him.”

Gazzaniga has now played eight times for Spurs this season, seven of those coming since Lloris picked up his injury setback.

He has a total of just 20 games under his belt in his two-and-a-bit years in north London, during which time he also picked up his first cap for Argentina.

In other Tottenham news, Danny Mills was left fuming after a “ridiculous” statement on one Spurs star.