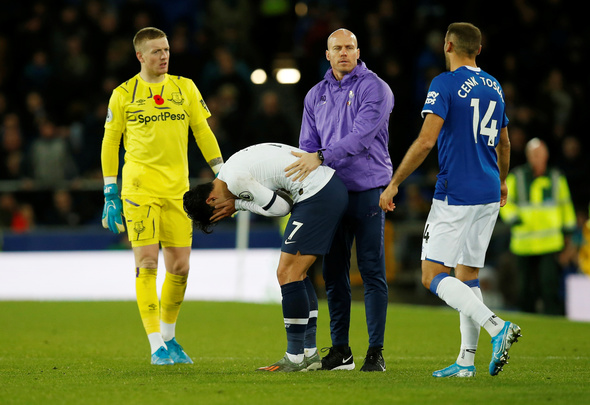 Danny Mills has blasted the Premier League statement explaining why Tottenham attacker Heung-min Son was sent off in the club’s 1-1 draw against Everton.

The former Leeds and England defender, speaking exclusively to Football Insider, was left raging over the statement issued by England’s top flight which explained the Spurs ace saw red for “endangering the safety of a player” with his tackle on Andre Gomes, who suffered a broken ankle immediately after.

The FA confirmed on Tuesday afternoon that the South Korean star had been successful in his appeal against his red card, lifting the three-game suspension and leaving him available for their upcoming domestic fixtures.

[1/2] Heung-min Son will be available for Tottenham Hotspur FC’s next three domestic fixtures after an independent Regulatory Commission upheld a claim of wrongful dismissal. pic.twitter.com/Amrs3emZWK

Mills was left incensed by the initial statement on Son’s dismissal, insisting every single foul would have to result in a red card by that logic.

Mills told Football Insider: “What you cannot do is referee by outcome or consequence. That’s impossible. The PGMOL (Premier League) came out and said afterwards it was the severity of the injury (that resulted in the red card). Now that’s not right in any way, shape or form.

“If they’re going to start doing that and saying every foul is endangering the opponent’s safety, you’ve got to start sending people off every five minutes. It’s ridiculous.”

Son has played 13 times for the Lilywhites this season, scoring four goals and contributing five assists has he continues to act as a favourite of manager Mauricio Pochettino in the starting XI.

Spurs’ next game sees them take on Red Star Belgrade, before returning to domestic duty against Sheffield United.

In other Tottenham news, Alan Hutton has ripped into the club’s stars for one thing after their draw against Everton.