Darren Bent suggests something extremely serious has taken place behind closed doors at Arsenal for Matteo Guendouzi to be totally exiled from the first-team squad.

ESPN report that the French midfielder has been frozen out of the first-team setup by Mikel Arteta and is training alone behind-the-scenes.

It is claimed that the Spanish boss has asked Guendouzi to apologise for an incident where he grabbed Brighton’s Neal Maupay by the throat but that the player is yet to do so.

However, Bent believes something more serious must have occurred behind closed doors for him to be completely out of the reckoning in north London.

“When I first heard this story about him being isolated from the group and training on his own and stuff, the first thing that came to mind was: ‘He’s done something here’,” Bent told Football Insider.

“Something’s gone on because obviously he showed poor attitude when he grabbed Maupay round his throat and all that. Now we know there’s a lot of players in the Premier League and football that have done things worse than that but still train with the group or continue as normal.

“This shows that behind the scenes it must be a lot worse than we think because for a manager to exile a player like that and not have him train in the first team, that shows he’s kind of a bad egg and the manager doesn’t want him around his first-team players.

“There must be something a lot deeper going on than what we’re seeing.” 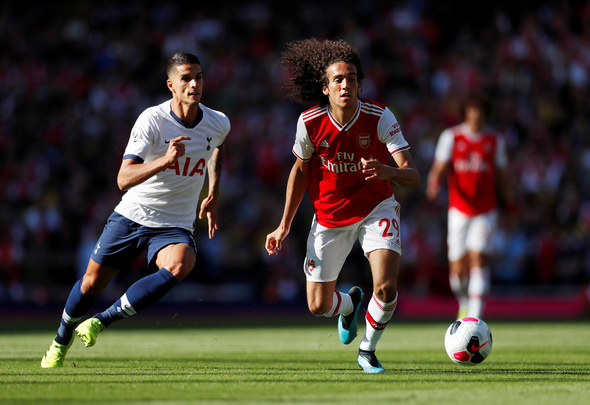 Guendouzi has not featured in a matchday squad since his post-match altercation with Maupay back in June.

He has a total of 34 appearances under his belt across all competitions this season.

In other Arsenal news, it can be REVEALED a Premier League rival are plotting a move to sign a Gunners teenager.