Cornell is out of contract at the end of the season and his suitors know he could be available for a knockdown price before the close of the transfer window, or even on a free transfer in the summer.

A Northampton source told Football Insider that Championship duo Derby and Blackburn have been keeping tabs on Cornell as they look to strengthen their goalkeeping options. 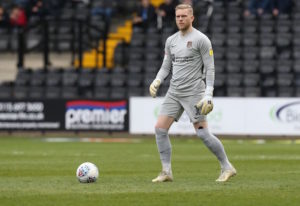 League One promotion hopefuls Ipswich are also in the market for goalkeeping reinforcements having sold to Bartosz Bialkowski to Millwall on a permanent basis following a successful loan spell.

Cornell has been in superb form for Northampton this season and he again impressed in last Friday’s FA Cup clash with the Rams, keeping a clean sheet and earning his side a replay.

The 28-year-old has kept 11 clean sheets for Town so far this term, and his displays have brought him onto the radar of the aforementioned trio of clubs – all higher up the football pyramid than his current employers.

The former Welsh Under-21 international Cornell started his career with Swansea City, before making a move to Oldham Athletic in 2015.

He signed for Northampton a year later. 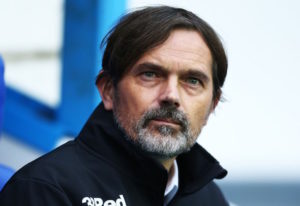 Of the three sides interested in Cornell, Derby have conceded the most goals in the league so far this season, shipping 36 in 28 Championship matches, with Phillip Cocu generally opting for 32-year-old Ben Hamer between the sticks.

Blackburn have not faired a lot better, conceding 35 times in the league with Brighton loanee Christian Walton currently occupying their number one jersey.