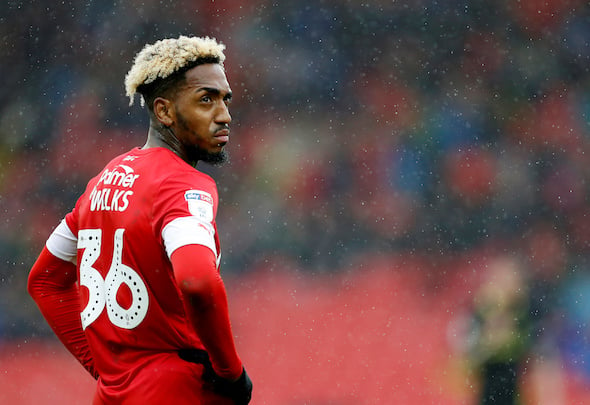 Dutch attacker Deabeas Owusu-Sekyere has undergone a Barnsley trial ahead of a potential transfer, Football Insider can reveal.

The former Ajax forward, 19, is available as a free agent after leaving Portuguese side Leixoes earlier this summer and is hoping to fix himself with a new club.

A Barnsley source has told Football Insider that Owusu-Sekyere made a big impression during his trial.

The Yorkshire club have shown an interest in exploring the possibility of a deal and signing Owusu-Sekyere.

The teenage forward came through the famed Ajax youth academy and played in the same youth teams as the likes of Matthijs de Ligt and Justin Kluivert.

He never broke into the first-team at the Johan Cruyff ArenA and is now believed to keen on a permanent move to England to ignite his career.

Barnsley are without a manager since sacking Daniel Stendel after their tough start to the Championship season.

German boss Stendel guided the club to automatic promotion from League One last year but they have been unable to hit the ground running in the second tier.

Adam Murray is set to take caretaker charge ahead of Saturday’s home game with Swansea City at Oakwell.

Barnsley are 23rd in the Championship table with just six points from 11 matches and face a major battle to retain their second-tier status with one of the lowest budgets in the division.

In other Barnsley news, it can be REVEALED that the Tykes have been keen to blow Colchester away to sign 17 goal/assist attacker.