Spurs have reached an agreement with cash-strapped Wigan after having a bid for the young English midfielder, 15, accepted.

A Tottenham source has told Football Insider that Devine will undergo medical tests today as he puts the finishing touches to the transfer.

The capture of the wonderkid is seen as a huge coup for Spurs giving how highly the teenager is rated.

Football Insider has been told the fee for Devine is a significant one.

Devine joined Wigan after being released by Liverpool and is so far ahead of his age-group peers he has been playing with senior stars.

He starred for Wigan in their FA Youth Cup run this season where they beat Spurs 2-0 and has already played for the Championship club’s Under-23s.

Devine has also been capped by England at Under-16 level and is regarded as a Premier League and international star of the future.

Wigan are cashing in on their prize assets this summer to keep going after being placed into administration. 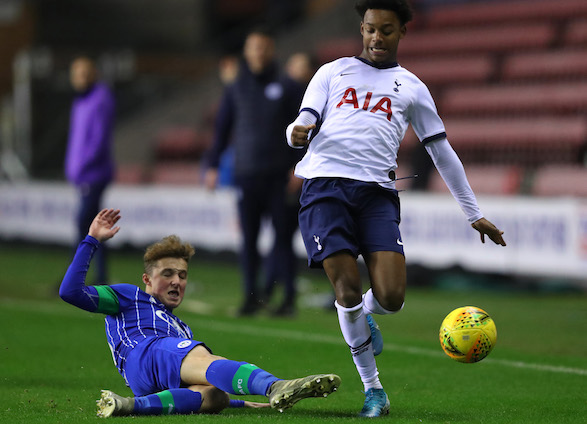 Tottenham have been keeping tabs on Devine for some time but have moved now due to Athletic’s troubles.

The youngster is set to initially link up with Spurs’ Under-23s.