Bristol City winger Jonny Smith is a loan target for a number of League One and League Two clubs after impressing on loan at Oldham, Football Insider understands.

The 22-year-old is currently on a season-long loan deal at Oldham, but the Championship promotion hopefuls have a recall clause in the deal and could send him elsewhere this month as interest mounts in the player.

A source at Bristol City has told Football Insider that the club are happy for Smith to go out on loan again so that he can continue his development with regular first-team football before returning to Ashton Gate to challenge for a spot in Lee Johnson’s side. 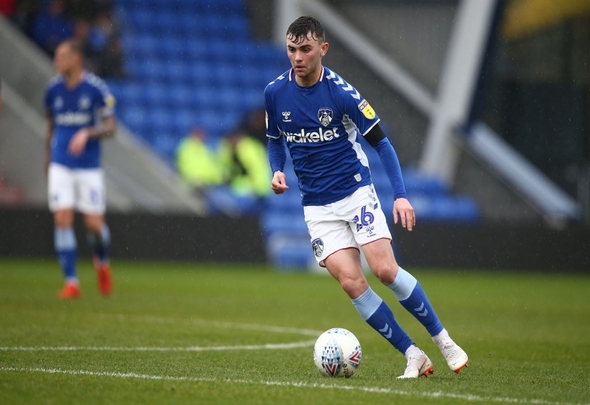 League One outfit Blackpool, League Two league leaders Swindon Town and Newport County have all shown an interest in taking Smith on loan for the second half of the season.

Blackpool are keen to bolster their wide options this month and Smith figures on their wanted list, while Swindon and Newport see the former Wrexham man as someone who can boost their promotion bids from League Two.

The English winger has caught the eye for Oldham this season with six goals in 21 appearances in all competitions, including a goal in the draw with Macclesfield at the weekend.

Smith joined Bristol City in 2016 from Wrexham, but he has spent most of his time at Ashton Gate out on loan.

The skilful winger is well down the pecking order in Johnson’s plans and is yet to make his first-team debut for the Robins.

Smith has enjoyed loan spells at Cheltenham, AFC Fylde and Tranmere prior to his move to Oldham last summer.

The winger has made over 115 appearances in his career to date and he helped Tranmere win promotion to League One last season, via the play-offs.

In other Bristol City news, Football Insider can reveal that Luton Town have made an approach to sign a Robins defender.