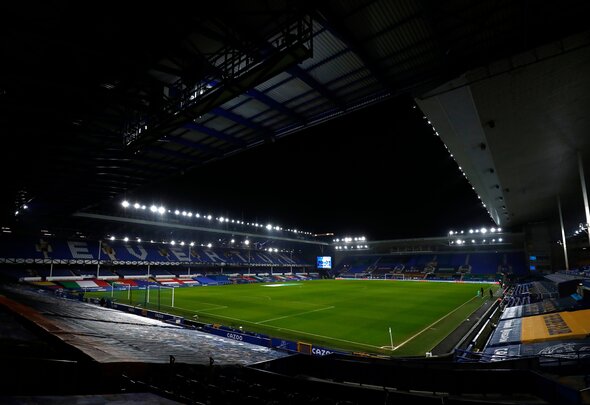 Frank McAvennie fears Jordan Pickford may have an inflated ego after another “frustrating” performance from the Everton goalkeeper.

The former West Ham and Celtic striker, speaking exclusively to Football Insider, claimed the 26-year-old is in danger of becoming a “waste of talent” after yet another mistake in the Premier League.

Pickford gifted Leicester City an equaliser at Goodison Park on Wednesday night, as Carlo Ancelotti’s side missed the chance to leapfrog Liverpool into fourth.

The England number one has come under intense scrutiny over the past 18 months for a number of high profile errors.

However, Ancelotti has stood by the former Sunderland man despite signing Robin Olsen on loan from AS Roma.

When asked by Football Insider for his assessment of Pickford’s performance, McAvennie said: “It is frustrating – he is such a good goalkeeper but he is liable to a mistake.

“If I was playing against him I would follow everything in because he will drop something.

“Is it concentration? Does he think he is better than what he is? I don’t know what it is.

“Unfortunately, he is a goalkeeper and you cannot afford to make mistakes. A midfield player, a striker they can afford to give away the ball but if a goalkeeper makes a mistake…

“He is such a talent though so he does not want to keep making mistakes like that. What a waste of talent that would be.”

In other news, two Championship clubs have opened talks with Everton over a potential loan deal for Anthony Gordon.