The Tottenham board can breathe a sigh of relief as Mauricio Pochettino has reached an agreement with Paris Saint-Germain to become their new manager.

A source close to Pochettino has told Football Insider that the Argentine, 48, met PSG officials on Wednesday for talks about replacing Thomas Tuchel, who was sacked on Thursday.

Pochettino was holding a second round of discussions with the French champions on Thursday to finalise the terms of a contract ahead of being confirmed their new manager.

The appointment will be a major boost for the Spurs hierarchy as Pochettino has remained on their payroll since his dismissal in November of last year.

As per the terms of his contract, he would continued to be paid his £8.5million-a-year deal by the Londoners until he found a new job.

The four are all set to finally come off the Tottenham payroll if, as expected, the coaching trio join Pochettino in the French capital.

They will join a club that have been champions seven of the past eight seasons.

Tuchel has paid the price for a slow start in Ligue 1, where PSG have four defeats in their first 17 games and are a point behind Lyon – the leaders – and Lille. 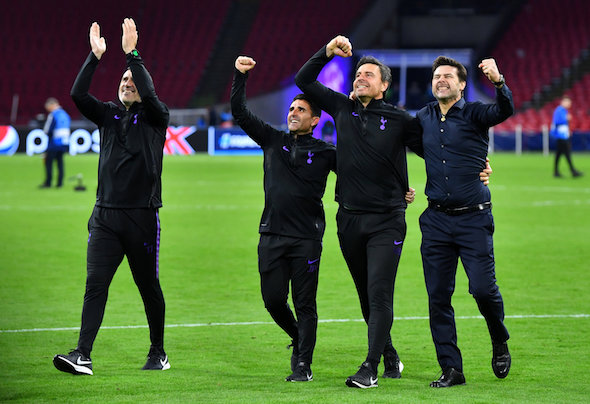 The 47-year-old departs after a 4-0 home win over Strasbourg on Wednesday and two-and-a-half years after replacing Unai Emery at the helm.

Tuchel won two Ligue 1 titles in France, completing a domestic treble last season, and in August this year led PSG to their first ever Champions League final, which they lost 1-0 to Bayern Munich.

In other news, a huge transfer update on £13million Tottenham star can be revealed ahead of January window.