Hoops chiefs, led by powerbroker and majority shareholder Dermot Desmond, are planning huge changes as they assess the wreckage of this season.

A Celtic source has told Football Insider that multiple key figures could be sacked as a major audit analyses what has gone wrong this season.

Among them are recruitment chief Hammond, whose position is said by a well-placed source to be under “major threat”.

Hammond was appointed director of football operations by the Scottish champions in October 2019 after working as a consultant for them during the previous summer transfer window.

He had been brought in to over see the club’s recruitment after Lee Congerton left the club in May of last year to link up with former manager Brendan Rodgers at Leicester City.

But Hammond has been strongly criticised by many sections of the Celtic support during a catastrophic campaign.

They believe he should bear some responsibility for Neil Lennon’s side being 21 points behind Rangers, out of two European competitions by Christmas as well as embarrassed in the Scottish League Cup by Ross County.

Hammond joined Celtic after making his name during spells as director of football at West Brom and Reading.

The former Arsenal goalkeeper took up the role at Reading in 2003 and twice helped them win promotion to the Premier League, in 2006 and 2012.

In other news, it can be REVEALED that Celtic have dramatically slashed Odsonne Edouard’s asking price. 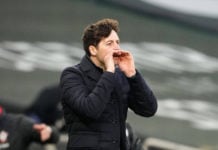