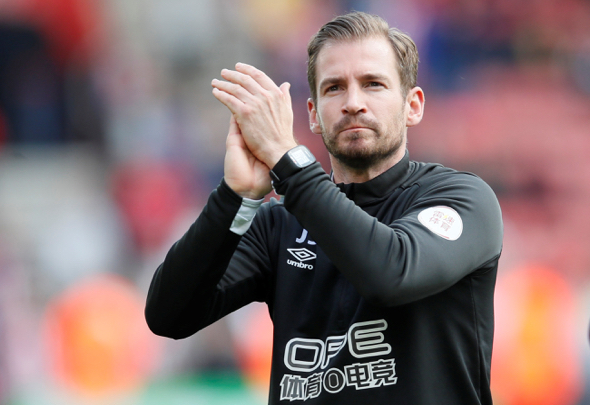 All-action midfielder Hogg has agreed a one-year extension to keep him at the John Smith’s Stadium until 2021.

Former Aston Villa man Hogg was one of Huddersfield’s shining lights in their disappointing relegation from the Premier League last season.

The 30-year-old has established himself as a big fans’ favourite at Huddersfield since his arrival from Watford in the summer of 2013.

Now, a Huddersfield source has told Football Insider that he will sign a new deal imminently.

News of Hogg’s new deal will come as a massive boost to Huddersfield ahead of their opening Championship game of the season against Derby on Monday night.

Since his move from Watford, the midfielder has made 194 appearances for Huddersfield.

In other Huddersfield Town news, the club has made an approach to sign this Aston Villa attacker as Smith weighs up offers.