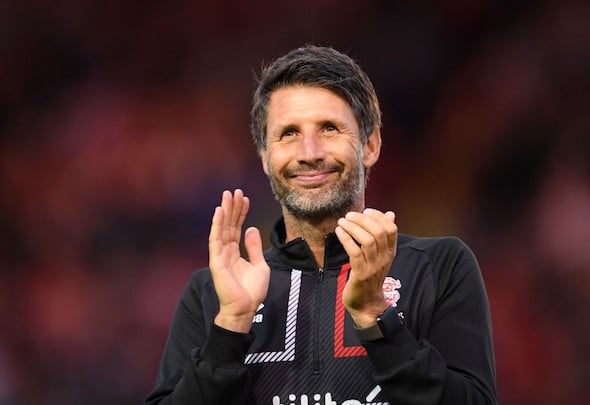 Huddersfield have stolen a march on Leeds United in the race to sign Chelsea starlet Ashley Akpan, Football Insider can reveal.

The 15-year-old defender, who turns 16 next month, is wanted by Leeds and, as revealed by Football Insider, is heading to their Thorp Arch headquarters next week to undergo a trial.

A Huddersfield source has told Football Insider that the club have tried to beat their Yorkshire rivals to a deal for Akpan with a transfer ambush.

Akpan has been invited to the Terriers’ training base this week and is being assessed by their academy coaches.

There is now set to be a local tussle for the signature of a player who has been at Chelsea since he was 10.

This comes after Football Insider revealed earlier this week that Akpan has been informed he will not be offered a scholarship deal at Stamford Bridge.

Akpan had appeared well placed to progress from schoolboy terms but he is now set to continue his career elsewhere.

Chelsea have granted him permission to find a new team even though he remains on their books.

Capped by Poland at Under-15 level, the rising star is predominantly a defender but he can also play in midfield.

The youngster, who is eligible to play for Nigeria and England as well as Poland, is an attractive proposition for the Championship big hitters due to his versatility.

In other Leeds United news, agent whispers suggest a huge Elland Road signing is on the cards at the end of this month.