Alan Hutton claims that free agent Christian Maghoma could become a “world-beater” were he to sign for Rangers this summer.

The former Rangers and Scotland full-back, speaking exclusively to Football Insider assistant editor Russell Edge, insists the 22-year-old centre-back is a “rough diamond” who could flourish under the stewardship of Steven Gerrard.

As revealed by Football Insider, the Gers are plotting a move to sign the former Spurs defender on a free transfer after a spell at Polish outfit Arka Gdynia. 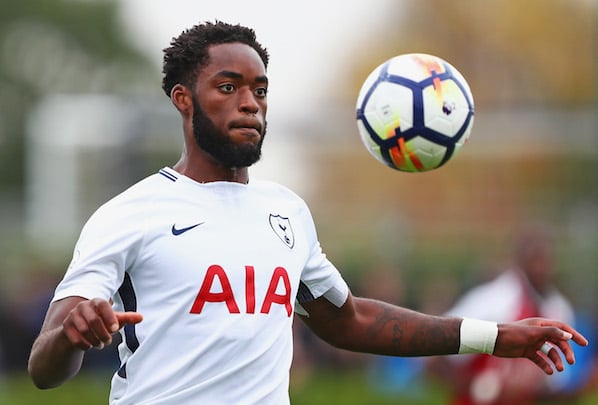 The Light Blues are in the market for a new centre-back after Nikola Katic’s serious injury blow and believe Marghoma could be the physically imposing defender Gerrard wants to recruit.

Hutton has lauded the defender fo leaving Spurs in pursuit of first-team football and believes he could become a huge star at Ibrox.

Hutton told Football Insider: “I’ve heard a little bit about him, he went two years ago in hunt of first-team football so fair play to the boy for being so young and heading over to Poland to play, I think it’s brilliant.

“He’s meant to be big, physical, strong and it’s pretty much a no-brainer. If you can bring someone in that’s talent, you know he’s got talent and by all accounts he’s played well over there – if you can bring him in for a little amount, especially wages-wise, you wouldn’t have thought you’d have to break the bank.

“It could be a gem, it could be a rough diamond which, over the past, I think Rangers and Celtic have been really good at finding so the injury kind of forced his hand to bring someone in and this looks like it could be a good fit. Playing under Gerrard, he’s going to push a young boy on to go and impress.

“Hopefully he turns into a world-beater.”

#RangersFC are disappointed to announce that Niko Katic has sustained an injury during preseason training: https://t.co/cDEd0IpFEw pic.twitter.com/NzobOH8qmA

Marghoma never played for Tottenham’s first-team before leaving north London, although he featured over 50 times for their under-23s.

He made 39 appearances for Arka Gdynia during his two-year spell in Poland and has also earned an international cap for the Democratic Republic of Congo.