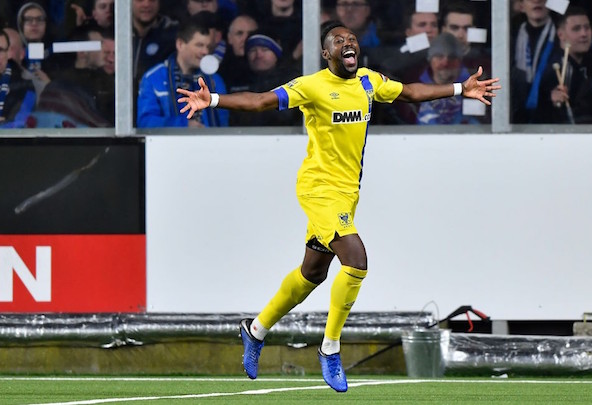 Leeds United have held talks with the representatives of Ivory Coast striker Yohan Boli but face strong competition from West Brom and Brentford in the battle to sign him, Football Insider understands.

United are casting their net wide after Marcelo Bielsa made clear his desire to recruit a new centre-forward before the window shuts on 31 January.

A Leeds source has told Football Insider that representatives of Boli, 26, have held talks with the club.

But he is in huge demand and two of their chief Championship promotion rivals are also keen on sealing a deal with the front man.

Boli is out of contract this summer and Sint-Truiden are keen to cash in this month rather than lose him for nothing at the end of the season.

Qatar club Al-Rayyan Sports Club have agreed a fee with Sint-Truiden for Boli and are pushing the player to make the move, but he is stalling amid growing interest in his services from the three English second-tier clubs.

Boli has scored 11 goals in 18 games for Sint-Truiden so far this season to lead to growing interest from European clubs.

He is the son of former Bournemouth and Walsall forward Roger Boli and has won five caps for the Ivory Coast.

With Premier League clubs unwilling to let strikers go out for the rest of the season without Leeds paying a premium loan fee or subsidising the players’ wages, Orta has his work cut out to meet Bielsa’s demands.

United manager Bielsa admitted at his media briefing yesterday he wants a new forward to replace Eddie Nketiah, who was recalled by Arsenal last week.