Noel Whelan tipped Leeds United to cash in on Barry Douglas this summer after the player opened the door on a move to Rangers.

In a Q&A on the official club’s Twitter account, the Glasgow-born defender revealed he has been a life-long fan of the Scottish giants.

Football Insider understands Steven Gerrard’s side are on alert with Leeds willing to listen to offers regardless of promotion this campaign.

Douglas has fallen down the pecking order at Elland Road with Marcelo Bielsa preferring Stuart Dallas and Ezgjan Alioski at left-back.

When asked by Football Insider if a move could work for both clubs and player, Whelan said: “Barry has not hit the heights since arriving at the club.

“He has not cemented down his position but he has not been helped with injuries along the way.

“The performances we expected from him, the likes that he gave at Wolves have not been seen.

“He is a good player, there is no doubt about that but it has been a very stop-start time at Leeds. We have failed to see the best of him. It is a shame.

“The competition has been fierce – Stuart Dallas and Alioski. I would say Douglas is third-choice. He generated a lot of excitement but we have barely seen anything. If he is going to be third choice a move to Rangers would be good.

“Leeds get some money and allow Douglas to go play football somewhere else.” 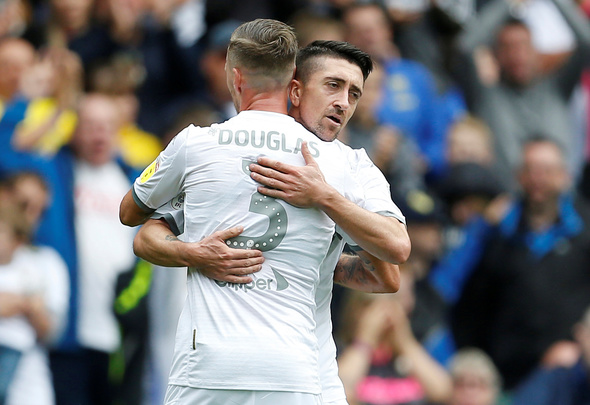 Douglas has made 13 appearances this season, only five of which have been starts.

The left-footed former Wolves defender is likely to be available for a reasonable price as he enters the final year of his contract next month.