Danny Mills has cast doubt over Willian’s potential move to Tottenham as he claimed chairman Daniel Levy could block it due to what happened seven years ago.

However, the former England international, speaking exclusively to Football Insider, admitted the 31-year-old would be a “great addition” to the squad if a deal could be agreed.

Willian turned down a move to Spurs at the eleventh hour in 2013. After passing a medical in north London, Jose Mourinho – Chelsea manager at the time – persuaded the Brazilian to choose Stamford Bridge over White Hart Lane.

The winger has hugely impressed in since arriving in English football – scoring 59 goals and providing the same amount of assists in his 329 appearances.

As reported by Football Insider, the Londoners are planning to offer a lucrative contract to the 31-year-old before the next window as they look to make him their first recruit of the summer.

Mills suggests the failed move seven years ago could be a problem for Tottenham in terms of finalising an agreement.

“He would be a great addition but I think it is very unlikely,” Mills told Football Insider.

“Of course, he has turned them down before. I am not sure Daniel Levy will have that in any way shape or form.

“Willian is a brilliant player. He is not injured often and has a huge amount of quality. I think he would be a great addition, even as a squad player. At some point in your career, you have to accept you will not play every week.

“There will be plenty of teams in the Premier League and around Europe that would definitely take him.” 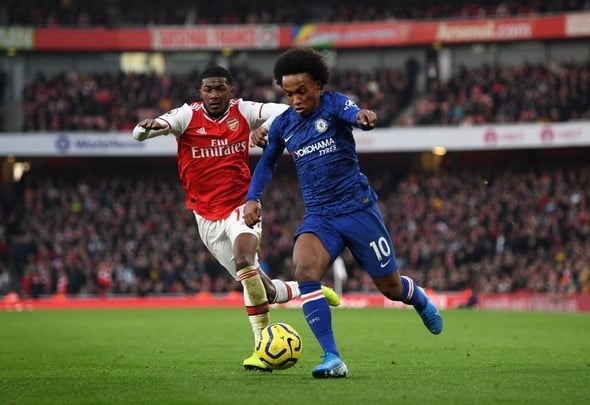 The Brazil international, who is out-of-contract this summer, appears primed for a summer exit with Chelsea refusing to offer the three-year deal the player wants.

Free agents are to be incredibly sought after this summer given the financial pressures the coronavirus pandemic has imposed upon clubs across Europe.

In other Tottenham news, Darren Bent has told Football Insider what he believes to be the real issue with Tanguy Ndombele.