Darren Bent has suggested Philippe Coutinho’s links with Liverpool may scupper any chance of Everton securing his signing this summer.

The former Aston Villa and England striker, speaking exclusively to Football Insider assistant editor Russell Edge, believes the 27-year-old would have doubts over moving to Goodison Park after his successful spell at Anfield.

As revealed by Football Insider, the Toffees have been told via intermediaries that Barcelona are willing to sell Coutinho for a cut-price of around £80million. 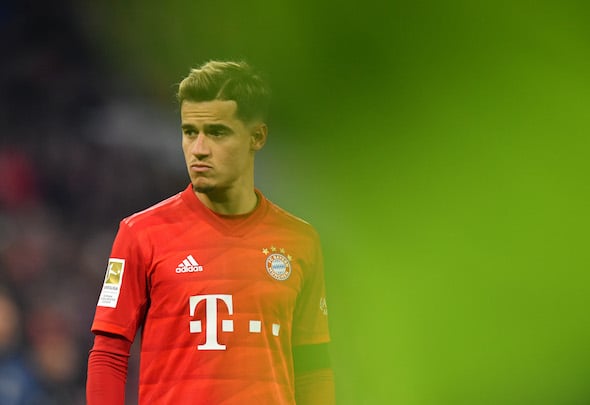 The Catalan giants signed the Brazilian star from Liverpool in January 2018 for fee rising to £142million but he has failed to live up to expectation.

Bent believes that Coutinho, who has been on loan to Bayern Munich this season, will be on the move again this summer but doubts it will be to the blue half of Merseyside.

Asked about a potential Everton switch, Bent told Football Insider: “I’m not sure if that’s going to happen. Coutinho, I feel a little bit sorry for Coutinho because I feel like he’s being handed around, being offered to clubs left, right and centre.

“This is a guy with a lot of quality. He’s gone to Barcelona ,maybe doesn’t quite fit the way they want to play which is quite surprising.

“If Everton can get him, I’m not quite sure he would go there, just for the safety of his family and stuff. I’m not sure that’s the right thing to do but if they can get him it would be a fantastic signing. I can see him going elsewhere.” 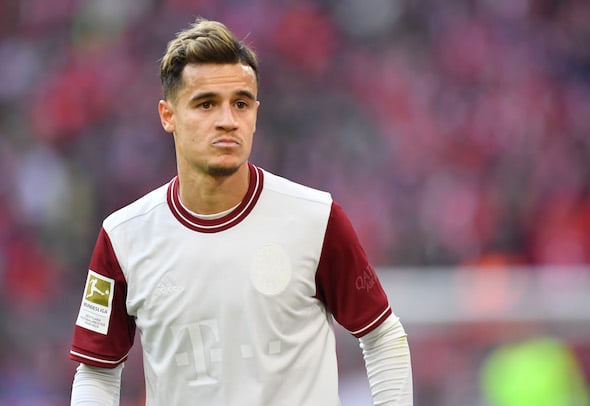 Coutinho played 201 times for Liverpool, scoring 54 goals and setting up a further 45 assists.

He has featured regularly for Bayern this season, with 32 appearances under his belt, but the German giants have decided not to take up the purchase clause in his loan deal.

In other Everton news, it can be REVEALED that the club have agreed terms with a Champions League sensation.