Liverpool rising star Leighton Clarkson is in advanced talks with the club over a new long-term deal, Football Insider can reveal.

The creative midfielder, 18, was handed his first professional contract by the club in July of last year after his standout youth-team performances.

A Liverpool source has told Football Insider that Clarkson is now in negotiations over a fresh long-term agreement.

The Merseysiders have high hopes for the teenager, who joined the club as a boy and has risen through the ranks to make his first-team debut this season.

He came on as a substitute in last December’s 5-0 League Cup quarter-final defeat to Aston Villa and then played the full 90 minutes in February’s 1-0 FA Cup home win over Shrewsbury Town.

Clarkson, who does not turn 19 until October, is a central midfielder who can play in deep or more attacking roles and is renowned for his range of passing.

He has come on leaps and bounds this season after being key member of the club’s victorious FA Youth Cup squad last season that defeated Manchester City in the final.

The teenager has made 38 appearances for Liverpool Under-18s and directly contributed to 14 goals, scoring four times and supplying 10 assists.

He has made six Premier League 2 appearances this season before the campaign was brought to a halt by the March lockdown. 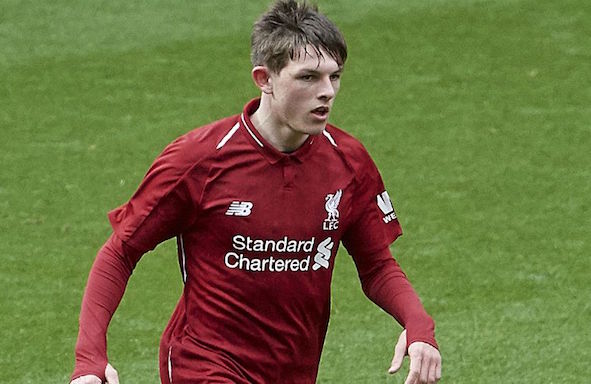 The club are prioritising tying down their best youngsters now the season is ending.

In other news, a medical has been completed as Liverpool put the finishing touches to new 6-figure signing.