Jackie McNamara believes that the Celtic centre-backs are struggling to adapt to Neil Lennon’s recent change of tactics at Parkhead.

Speaking exclusively to Football Insider assistant editor Russell Edge, the former Hoops and Scotland star says he saw a couple of wobbles from the Bhoys’ defensive trio against Motherwell on Wednesday night.

Lennon started Kristoffer Ajer, Jozo Simunovic and Christopher Jullien in the 4-0 victory at Fir Park, having played three at the back for the last three games.

The Hoops had played with a more traditional back four for the opening months of the season, mainstays Jullien and Ajer flanked by the likes of Jeremie Frimpong, Boli Bolingoli, Jonny Hayes or Greg Taylor.

Following the recent change in tactics, McNamara says he was not overly convinced with what he saw from the senior centre-backs in midweek and says they appear to be struggling to adapt to the situation.

McNamara told Football Insider: “It should be easier in a three but sometimes they struggle to get used to it properly.

“I think they’re marking each other’s man or they’re in their position. At the start (v Motherwell) there were a couple of wee bits there, I think the three of them (struggled) at times. Motherwell were pressing high as well.” 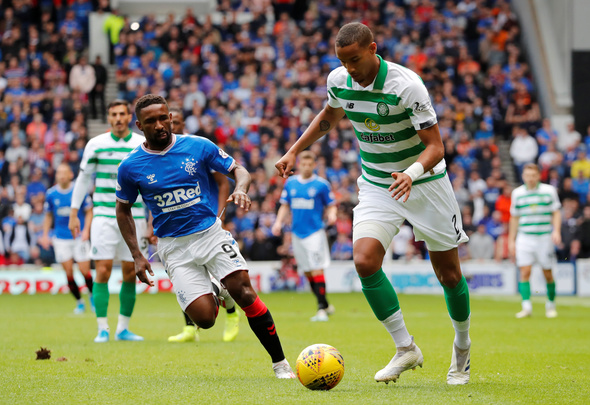 Celtic have conceded just one goal while playing with three centre-backs, with the attacking talents managing to notch up 11 goals in the same time.

Their next outing sees Lennon’s men take on Clyde in the Scottish Cup on Sunday afternoon.

In other Celtic news, a Football Insider pundit has been left gutted by a crushing player update at Parkhead.