Steven Gerrard and coach Michael Beale will give Rangers a “massive” advantage in trying to sign Liverpool striker Rhian Brewster on loan, according to Alan Hutton.

Speaking exclusively to Football Insider assistant editor Russell Edge, the former Gers defender claims the relationship between the 20-year-old and the two senior figures could prove crucial this summer.

As revealed by Football Insider earlier this month, Rangers have shortlisted the Liverpool starlet as a top attacking target this summer, though they will have to wait until the end of the English season to find out if he will be available.

The youngster, who is currently on loan at Swansea City, worked with Gerrard at Liverpool, while he also worked with Beale at both Anfield and former club Chelsea.

Hutton believes that a pre-existing relationship between player and coaches could swing things in Rangers’ favour if Jurgen Klopp lets him leave on loan.

Asked whether having Gerrard and Beale at Ibrox would be a lure for Brewster, Hutton told Football Insider: “Yeah, it’s massive. From a personal point of view from the player, going somewhere where you know the team, as in the backroom staff, gives you a leg up, if you like.

“It’s easy to settle in then. I think that will be a massive swing for Rangers if they can get him because they know him so well. Gerrard has worked with him before, he’ll know that and he might want to continue that relationship.

“It’s a good link to have and I think he’d be a great acquisition for them.” 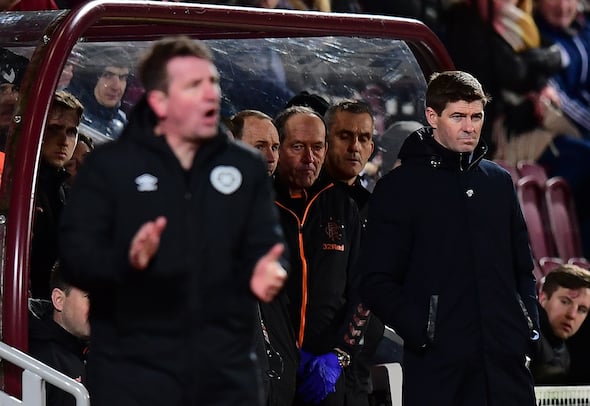 Brewster has played just three times for Liverpool’s senior side to date, with all of those appearances coming in cup competitions.

However, he has been a regular for Swansea on loan and has netted four times in 11 games.

In other Rangers news, Alan Hutton claims the club are “building something special” after their transfer plans were revealed by Football Insider.