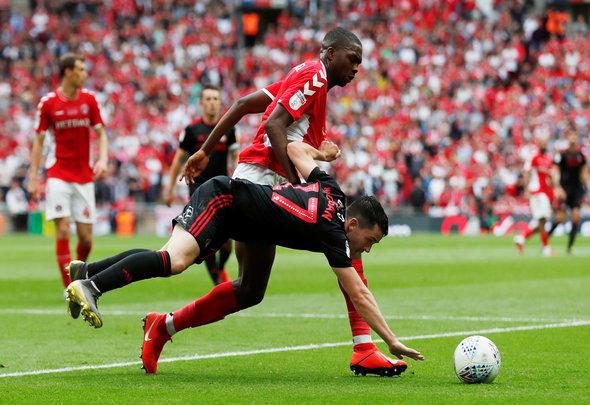 Middlesbrough have had a bid rejected by Charlton for defender Anfernee Dijksteel, Football Insider understands.

Boro are in the market for a new right-back before the transfer window closes and have been tracking Dijksteel all summer.

A source at the Riverside has told Football Insider that they have firmed up their interest with an official bid which has been rejected by Championship rivals Charlton.

Charlton are keen to keep hold of Dijksteel as they prepare for life back in the Championship and they were hoping to tie him down a new deal with the Dutchman entering the final year of his contract at the Valley.

It remains to be seen if Middlesbrough will come back with a new offer for Dijksteel as they look to test Charlton’s resolve to hang onto the defender.

The 22-year-old full-back played 39 times across all competitions for Charlton last season, helping the Addicks reach the League One play-off final and secure promotion with victory over Sunderland.

In other Middlesbrough news, it can be REVEALED that the club have held talks with snapping up a free agent from the Premier League.