Odsonne Edouard has switched agents to force through a move away from Celtic, according to Danny Mills.

Speaking exclusively to Football Insider, the former England defender suggested the 22-year-old has made the decision as his former agents could not engineer a move last summer.

Previously he had been represented by a small French agency that helped him secure his permanent move to Glasgow in 2018 after enjoying a spell on loan at Parkhead.

Celtic placed a £40million valuation on Edouard in the summer which meant potential suitors were put off bidding for the striker.

“He’s probably thinking the team that I’ve got haven’t really done what I want them to do,” Mills told Football Insider.

“They haven’t generated that move and of course, a lot of that comes from yourself. You have to generate that move yourself by being good enough but sometimes it’s connections, it’s networking, it’s all those kinds of things that help.

“He’s probably thinking ‘look, if I need to make this move happen and it hasn’t happened, what can I change? I can’t change so much the way that I’m playing or the things that I’m doing, so I’ll change my agent and see if that has any bearing on the matter.’” 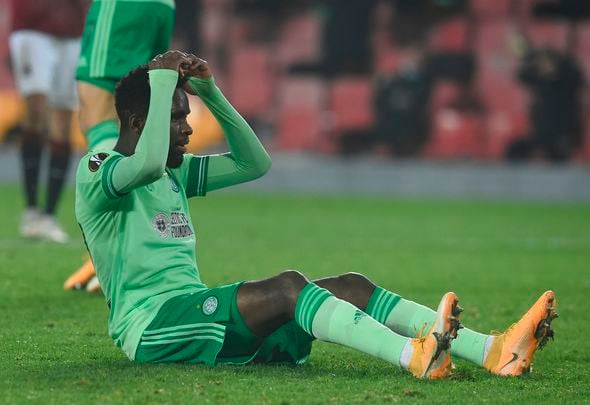 Despite not finding his best form this season, Edouard has still scored 11 goals in 23 appearances across all competitions for the Hoops.

He has scored twice and provided two assists in his last three Scottish Premiership games after being partnered up front with Leigh Griffiths.

In other news, Football Insider can reveal Celtic have been placed on red alert after two transfer targets rejected club-record contracts and a January deal is likely.