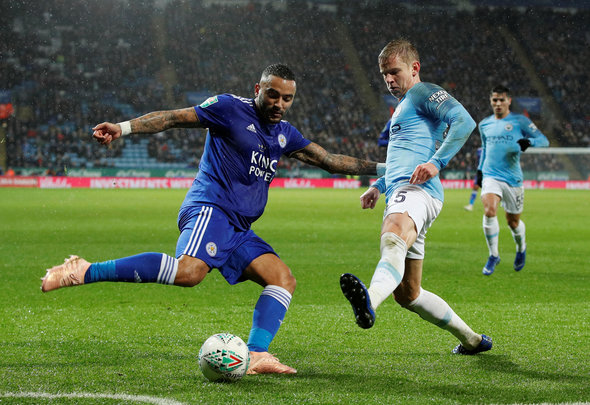 Danny Mills has claimed that Celtic would be getting their hands on a “very good” player in Danny Simpson as the Hoops prepare a contract offer.

The former Leeds and England defender, speaking exclusively to Football Insider, says that a move to Parkhead would be a great one for both parties, the Bhoys offering the full-back a chance to play regular football at a high level.

As exclusively revealed by Football Insider, the Glasgow giants are ready to offer the former Newcastle and Leicester defender, who is now a free agent after leaving the Foxes, a £30,000-a-week contract to bolster their options on the right-hand side of defence.

Mills believes that Simpson’s capture would bring some much-needed quality and experience to Parkhead and says that even though he has the ability to continue playing in the Premier League, a move north of the border would suit him.

Asked by Football Insider if Simpson would be a great signing, Mills said: “It would be, yeah. Danny Simpson, Premier League winner. It’s one of those – that was the peak, the pinnacle of his career, absolutely outstanding.

“Danny Simpson, he’s been around for a long, long time. For a team like Celtic, the links with Celtic through Neil Lennon, I’m sure will have a part in that. Neil Lennon is still very friendly with the football club.

“Simpson’s 32 now, it’s unlikely he’s going to get a move to a top Premier League side, so it’s a good move for Celtic, chance of European football for him, he’ll play week in, week out. Celtic get a very good player with experience. He could quite easily drop into the lower end of the Premier League, could drop into the Championship.”

However, he has 213 Premier League games under his belt during his time with Manchester United, Blackburn, Newcastle, Queens Park Rangers and the Foxes.