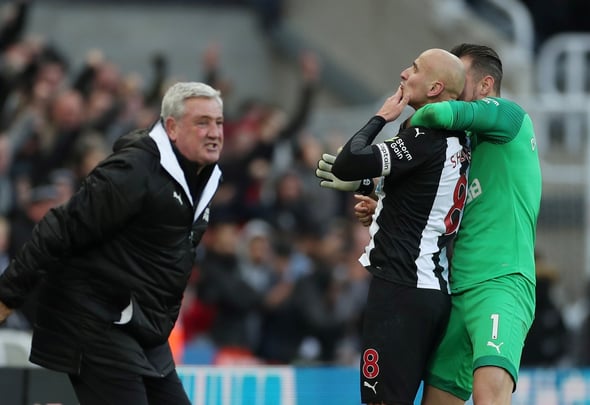 Danny Mills says that Tottenham defender Danny Rose would be taking a “large step down” if he was to join Newcastle United this month.

The former Leeds and Manchester City defender, speaking exclusively to Football Insider assistant editor Russell Edge, says that the left-back seems pretty happy to remain at Spurs until the end of the season despite his lack of game time.

It is reported that Newcastle have made contact with the north London club over taking the England international on loan for the rest of the campaign, the Magpies having lost both Jetro Willems and Paul Dummett to injury.

However, Mills says that while a loan move is a possibility, Rose might not be too tempted to swap London for the north east.

“He’s been in London for a long time, it would be a bit of a culture change going up to Newcastle. Newcastle are safe now, that is for sure. Have to say it’s quite a large step down going from Tottenham to Newcastle.

“A loan till the end of the season? Possibly, but does he want that, does he want to make that move? He seems quite content. He doesn’t give the impression that he’s absolutely desperate to play.”

Rose has played 16 times across all competitions this season but the majority of those outings came under former manager Mauricio Pochettino.

He has featured just three times in the Premier League since Jose Mourinho’s arrival, appearing in the starting XI once.

In other Newcastle United news, Kevin Phillips has suggested that the Magpies could pull off a “big-money” deal late in the transfer window.