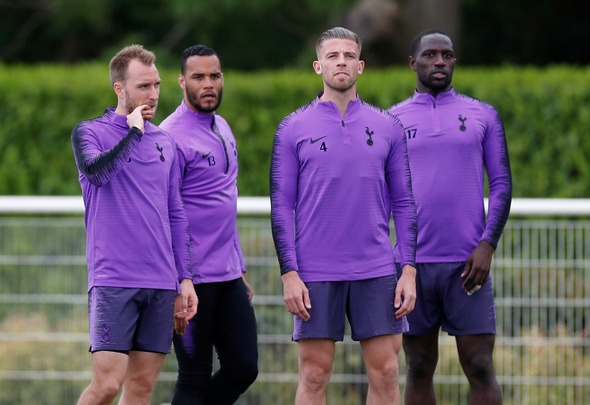 Danny Mills has mooted the possibility of Toby Alderweireld sealing a quick-fire exit from Tottenham before his release clause has expired and suggested a deal could be all but done.

Speaking exclusively to Football Insider, the former England defender said that he was shocked no one had chosen to trigger the well-documented £25million clause to seal the Belgian’s capture but did not rule out a late move taking place.

As has been reported this week, the terms which allow Alderweireld to leave for £25million expires in the evening of the 25th July, leaving clubs just under 48 hours to trigger it if they want to sign him.

Mills said there was every possibility of Alderweireld moving on before Friday and hinted at the possibility of agreements having already been made behind-closed-doors.

Asked by Football Insider if there was a possibility of a quick-fire exit, Mills said: “Quite possibly. If he does, it will all be teed up already.

“Everything will be in place, personal terms. It will just be a case of crossing Ts, dotting Is, getting the medical done and it will all be done very, very quickly. I’m surprised no one’s come in and triggered it, very, very surprised.”

Alderweireld was a mainstay for Tottenham last season, playing 50 times across all competitions to help the Liliywhites finish third in the Premier League and reach the Champions League final, although he failed to score a single goal.

He has played a total of 159 games for the north Londoners since signing back in 2015, while he also has earned 90 caps for Belgium.

In other Tottenham news, Darren Bent says Spurs will have two players in mind as they plot an £80million transfer raid this summer.