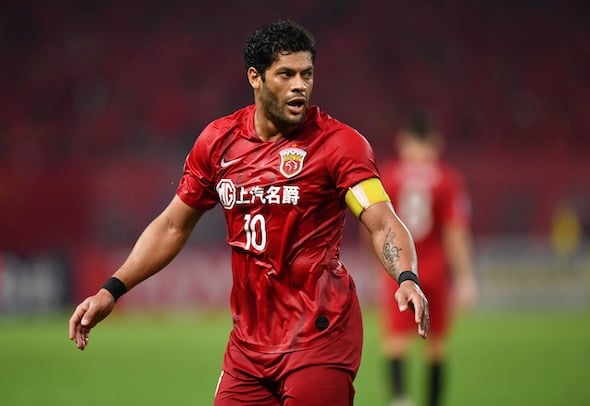 Wolves have been rejected the chance to sign Hulk on a free transfer because of his age and salary demands, Football Insider can exclusively reveal.

This site revealed earlier this week that the Premier League club had been offered the Brazil international forward, 34, as a replacement for the injured Raul Jimenez.

But a recruitment source has told Football Insider that it is not a deal that Wolves will be pursuing.

Manager Nuno is not convinced the veteran will be able to thrive in the Premier League at his age now his four-year spell in China has ended.

Hulk is available for nothing after officially leaving Shanghai SIPG earlier this week.

He would be interested in a move to England but claims to have offers on the table from leading clubs all across the world.

The 48-times Brazil international has high salary expectations after his lucrative spell in China.

He has an impressive track record at the highest level but has never played in the Premier League or one of Europe’s leading five leagues.

He cost Shanghai £50million when he joined from Zenit St Petersburg in 2016 and scored 76 goals and supplied 54 assists from his 145 matches in China.

Hulk was also a regular scorer and creator during his four years at both Zenit and Porto, the other main club of his glittering career.

Some good news from over the weekend…

Raul Jimenez has been discharged from hospital and is now resting at home with his family.#FuerzaRaul pic.twitter.com/0kjC54TqXG

Wolves are set to be in the market for a striker in January after Jimenez underwent an operation for a fractured skull following a clash of heads with Arsenal defender David Luiz.

He has been discharged from hospital and is recovering at home but is facing a lengthy spell on the sidelines.