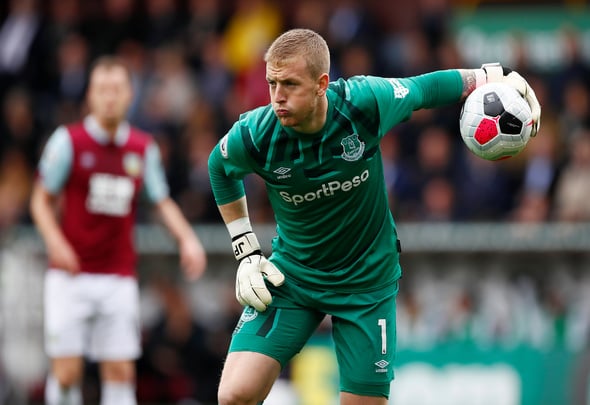 Paul Robinson has suggested that Everton fans are yet to see the very best of goalkeeper Jordan Pickford due to the hit-and-miss performances of the Toffees’ defence.

The former Spurs and England goalkeeper, speaking in an exclusive interview with Football Insider assistant editor Russell Edge, says that the former Sunderland has nearly always played in sides who have struggled defensively, first at the Stadium of Light and then at Goodison Park.

Pickford joined the Toffees after the Black Cats’ relegation back in 2017, establishing himself as a mainstay on Merseyside and for the English national team.

Robinson says that Pickford will only truly be tested when he plays behind a solid defence where his saves can be the difference between victory and defeat, suggesting that he has been in teams where he is always busy.

Robinson told Football Insider: “I think he’s a very good goalkeeper. Everton paid a lot of money for him, he’s England’s number one so there’s always going to be scrutiny – I know what that’s like. People are always going to pick holes with every goal you let in.

“I don’t think it helps when you’re playing in a team that’s struggling. He played at Sunderland in a season where he made so many saves, he let in goals but he made loads and loads of saves.

“The big test for me when he stepped up the Premier League would be when he played in a team where he’d have to concentrate, make one or two saves and they’re the important saves that get your team the points.

“He, unfortunately, hasn’t had the comfort of that at Everton because he’s not playing in an Everton team who are playing well so he’s going to be very, very busy and his performances are going to be scrutinised.

“I think he’s the best of the bunch of the English goalkeepers at the moment, he’s maybe not playing at the top of his ability.”

Pickford is closing in on 100 appearances for the Toffees across all competitions, playing 97 times and keeping 30 clean sheets during his time on Merseyside.

He has also emerged as Gareth Southgate’s first choice for England, picking up 23 caps for the Three Lions to date.

In other Everton news, Danny Mills suggests that Marco Silva is set to chop and change some big names from his starting XI.