Speaking exclusively to Football Insider correspondent Laura O’Leary, the ex-England No.1 revealed that he thought Toffees fans would no longer be willing to physically drive the forward out of the club.

It was recently reported that Premier League rivals Manchester United were keen on signing the 22-year-old forward with him thought to cost around £50million.

Robinson explained that a month ago most Everton fans would have driven Calvert-Lewin to Man United, before explaining that he thought the forward had definitely improved recently.

When asked about Man United wanting Calvert-Lewin and him believed to have a £50million price tag on his head, Robinson told Football Insider: “I think a month ago most Everton fans would have taken him and driven him across the Lancashire border themselves, but not now.

“But yeah he definitely has improved under Duncan Ferguson and Carlo Ancelotti, and he now looks like the striker, let’s give Marco Silva some credit, that Silva believed he was judging by the amount of times he played him.

“I don’t think his form warrants a £50million move at the moment, but he’s certainly doing well.” 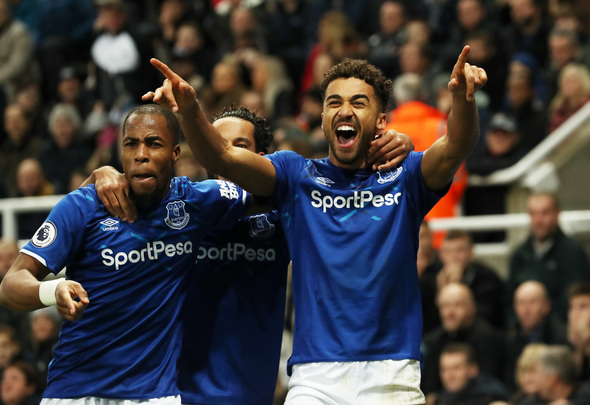 The Toffees attacker has scored 10 goals in his 23 outings this season, with five of those goals coming in his last six games.

Calvert-Lewin, who has 17 caps for England’s U-21s, regularly featured for the Toffees last season but managed to score only eight goals in his 38 appearances.

In other Everton news, Danny Mills suggested Carlo Ancelotti may be able to work his magic and transform senior Toffees player.