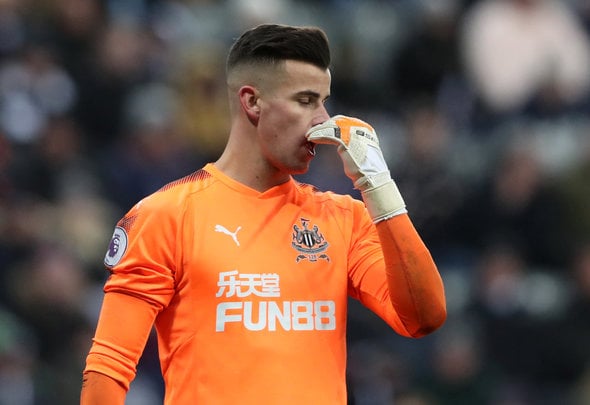 Leeds have targeted a move for the 28-year-old as they look to bolster their goalkeeping options when the transfer window reopens in January.

Talks are ongoing about a possible loan move with a view to a permanent deal and a well-placed source has told Football Insider that Darlow is interested in a move to Elland Road.

The 6ft 3in colossus has made just one appearance in the Carabao Cup for Newcastle so far this season after just 12 outings last term and he is ready to move on in search of regular first-team football.

Martin Dubravka is the No.1 goalkeeper at Newcastle under Rafa Benitez and the club have a wealth of goalkeeping options at their disposal with Rob Elliot, Freddie Woodman also battling Darlow for a place in the squad.

Darlow boasts a wealth of experience in the Championship having made over 100 appearances in the league for Newcastle and former club Nottingham Forest.

The 28-year-old’s arrival would provide a welcome boost to Leeds boss Marcelo Bielsa having lost loan signing Jamal Blackman to injury and he would provide suitable cover for current first-choice keeper Bailey Peacock-Farrell.