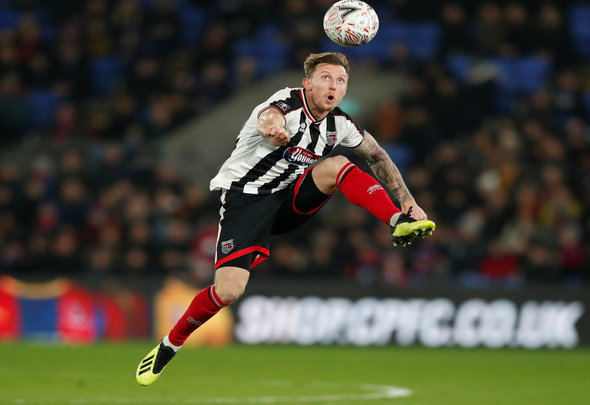 Veteran attack Woolford is a free agent after leaving League Two Grimsby at the end of last season.

A source at Plymouth has told Football Insider that they have moved to offer the 33-year-old a deal at Home Park, with a number of clubs expressing an interest in signing the experienced wide man.

New Plymouth boss Ryan Lowe is keen to build a side capable of winning promotion back to League One next season and he sees Woolford as someone who can add creativity and experience to his team.

Woolford has played nearly 500 games in a career that has seen him turn out for the likes of Scunthorpe, Sheffield United, Millwall and Bristol City.

The 33-year-old, who turns 34 in October, was a mainstay for Grimsby last season, playing 40 times across all competitions and netting three goals.

In other Plymouth Argyle news, Football Insider revealed how one player chose to quit his former side in order to seal a move to the club.