Speaking exclusively to Football Insider correspondent Connor Whitley, ex-Millwall forward Whelan lambasted both his old club and Spurs for their behaviour throughout the 18-year-old’s ill-fated loan spell at the Den.

Parrott made nine appearances for the club but failed to find the net in each of those games. 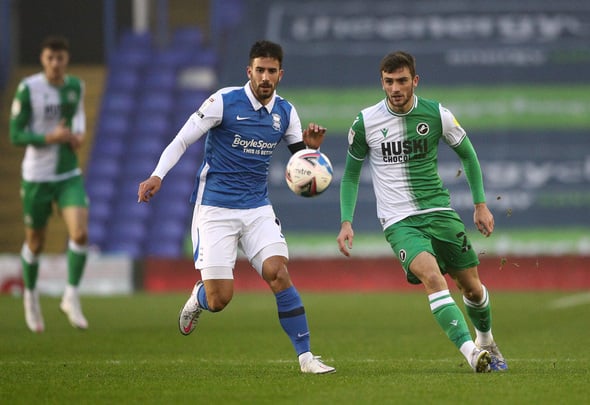 His cause was not aided by an ankle injury sustained on his debut in the League Cup against Burnley.

Now, as revealed by Football Insider on Wednesday, Spurs are set to terminate his loan deal six months ahead of schedule.

Whelan questioned the process, asking if there was any logical reason for Tottenham to send players out on loan only for them to fester on the bench.

“You might have as well have him at the club, where you can monitor him, keep him up to speed, watch him with the Under 23s,” he told Football Insider.

“It defeats the object of loaning these players out if they’re sitting on the bench, it just doesn’t work.

“Clubs like Tottenham want these players who could have a future with them to be playing week in week out, to get that experience, to get that progression.

“Millwall got him in because they felt he could be a massive player for them this season.

“He has struggled with injuries but that’s part of adapting to the intensity of getting ready for these games, proper games, not Under 23s. It’s a completely different level of fitness.”

Parrot became the third-youngest footballer ever to play for the Republic of Ireland when he made his debut in November 2019 aged 17 years 282 days.

Comparisons have been drawn between him and fellow Spurs forward Harry Kane, who also spent a year out on loan with Millwall as a youngster.

In other news, Spurs have made the decision regarding the future of another loanee.